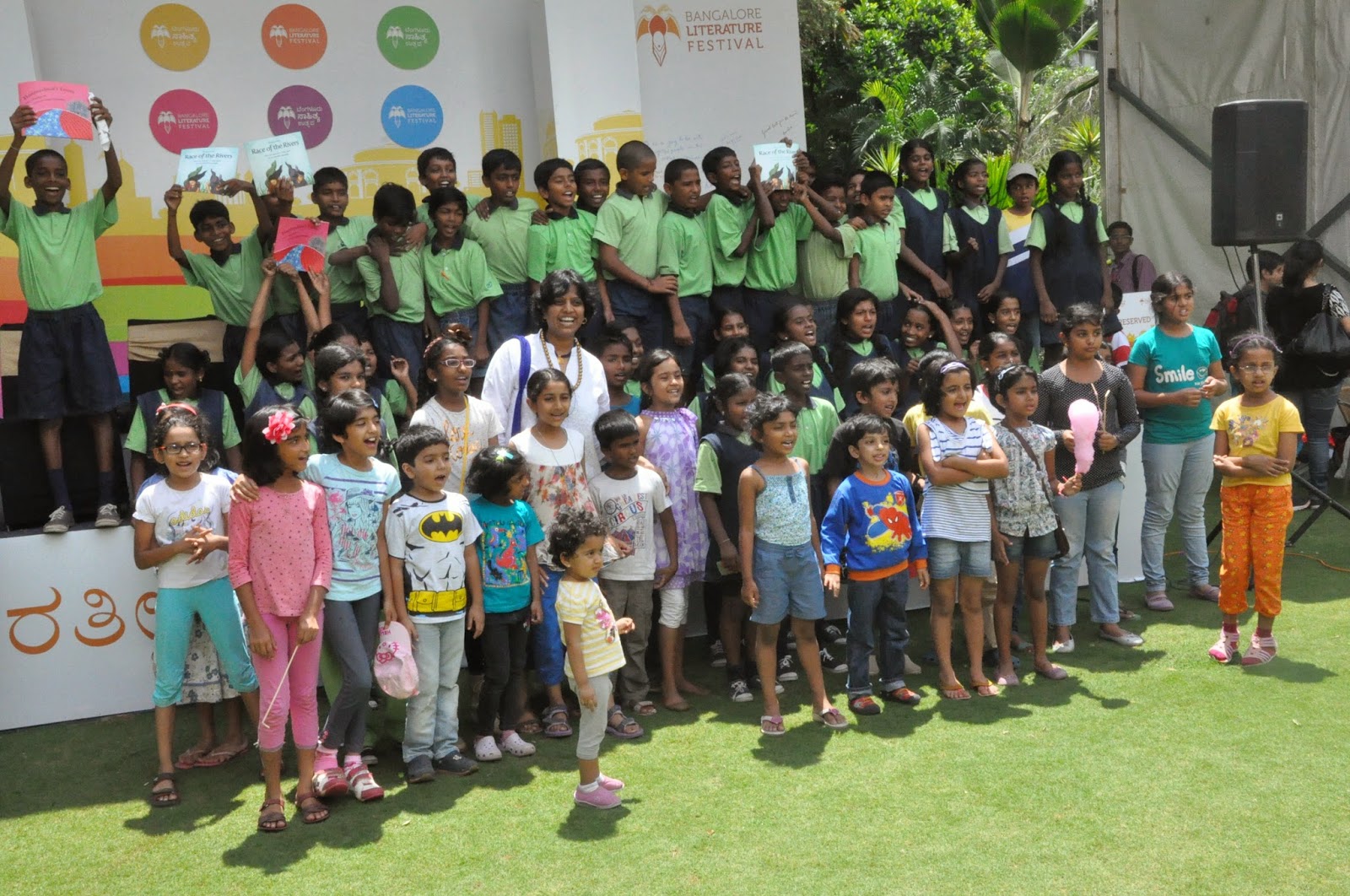 A session for Tulika's new books from the NE - that is what took me to BLF this year as a performer
The session was delayed and it began at lunch time  ( 1pm)
Given that, it was well attended , with Parikarma kids also marking their attendance

Began with a warm up and made the kids race- Mary versus Kom, asked a few trivia on the NE region

Then moved into Race of the Rivers. This was followed by another race and then did a wrap with Handreelmai's Loom - Tak Tak Sum was the hook there.

Closed by asking folks to learn more about NE- you see like we do not wish to be labelled Madrasis I am sure they would like individual identities to be recognized.They are 7 sisters and 1 brother state after all.

Write up by the BLF folks

Artnavy
Bangalore, India
I am a mother of two, wife to one, working the corporate life and living it up with travel,home decor,books and stories.

When Arts Tales was at the Banaglore Literature Fest